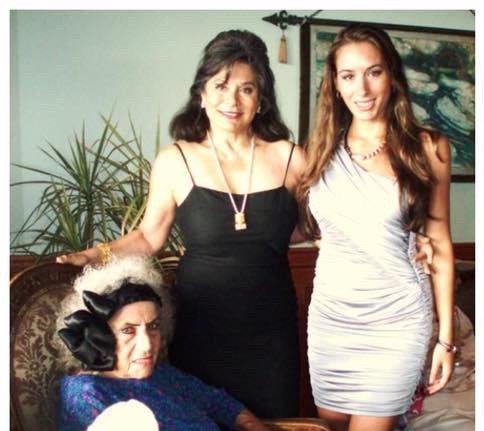 The Next Generation of a Mothers Love

There’s a point in every girls life where eventually the daughter becomes the mother. It’s not when you have kids and it’s not when you get married. It’s the day you start taking care of your own mother to protect her.

On December 29, 2017 I stopped being the daughter. Riding in the ambulance with my 95-year-old grandmother that morning, I arrived at the hospital- alone- only to be told there was nothing they could do. I waited for my mother to arrive to relay the bad news.

The time spent alone collecting my thoughts, trying to grasp this new reality I was living in, was nothing compared to the mental preparation of telling my mother that her own mother had passed.

In these moments I stopped being the child. At 28-years-old I still fain to call myself a child because the connotation depicts a sort of innocent, protectiveness. A mothers bubble that I was always safe in and as long as I stayed there would never have to face the harsh world on my own.

That bubble burst when I had to sign the papers accepting my grandmothers death. Then, in the hour that followed, holding my mothers hand as she watched her own lay there still.

I emphasize my solitude throughout this experience.

By taking on these moments solely, without the comfort of a loved one or family member, I recognized I have become my mother and my grandmother. Both incredibly strong women in a matriarchal family.

So while my grandmother had passed on I had assumed all her responsibility and strength moving forward. A trait she had passed down to my mother, one I have always admired in both of them. Now I can admire it in myself as well.

Saying goodbye is never easy. As the daughter, I was once an observer needing protection. But now I know I can protect my own mother because she needs it. I love my stubborn, full of life grandmother so much that rather than seeing her death as a weakness I view it as an opportunity to be the woman she passed down for me to be. I will be the next generation of a mothers love.