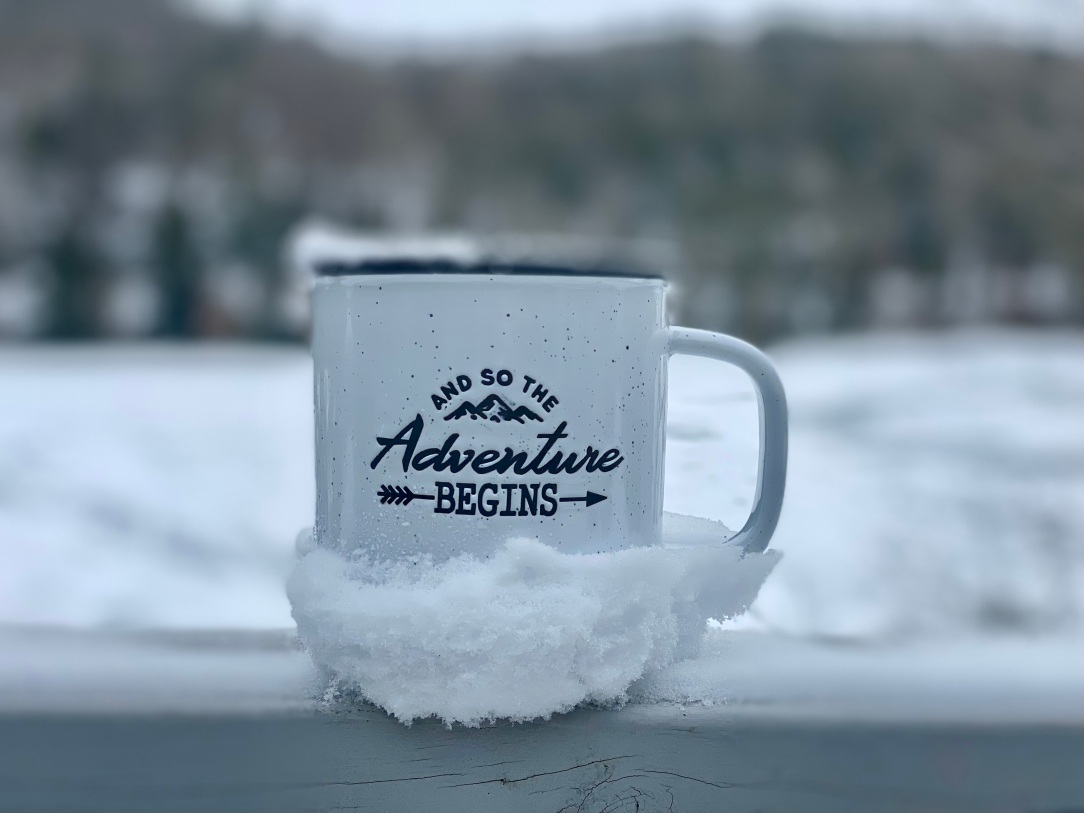 How I Survived: 5 Days Without a Phone

It’d be five full days until I’d get a new phone– no calls, texts, or social media. Fortunately, I learned a few valuable lessons along the way.

The following is a true story.

It was a bitterly cold morning in rural Pennsylvania. Temperatures hovered around 4°F, give or take, but it felt even lower with the biting wind. I didn’t care. I awoke in a cozy AirBnB cabin on a hill that overlooked a frozen lake. Snow covered every inch of the ground, lingered on bare branches. It was the quintessential winter view. So, I bundled up, grabbed my lightweight tripod, and headed outside with my boyfriend. I placed my iPhone in the phone mount, hit timer, and stepped back. Then the wind picked up.

As if in slow motion, I saw the tripod tilt back and hit the balustrade. In a knee jerk reaction he leapt forward. I can still hear his bellowed “Noooooooo” as the phone broke free of the mount and tumbled below. It landed roughly 15ft from the balcony on an icy shelf.

“I’m going to get it,” I abruptly stated.

“Fine. I’ll try and get it.” He began what seemed like a simple downward climb through the trees. But it wasn’t simple at all. An otherwise normal decline (on a thawed out day) was made treacherous by the frigid temperatures that froze both the leaves and water below it. “I can’t go any further without slipping. It’s gone.”

He found a stick and stretched his arm out to pull the iPhone within reach. The wind returned and the iPhone skated another 20ft down. “That’s it. It’s the phone or me.” I didn’t answer. He crawled back up.

Stubbornly, I lost sight of what truly mattered and could only see pixelated red. “It’s right there!” The phrase was all I could muster. I went inside, changed into my winter boots, and made my way down. As I began my descent, I made it only a fraction of his distance. As a self-proclaimed adrenaline junkie, this was beyond even my comfort zone. “Alright. It’s gone.” Icy ledge 1. Me 0.

For the remainder of our time in the cozy cabin I went through the motions of denial. Like salt in a wound, I kept going back to balcony and stared at my device, trying to map the ways I could get it. If only I had ice cleats! (yes, I actually considered it). Each time I tried to think of the lesson that was hidden in that moment. The irony that the object of my desires was just beyond my reach.

It’d be five full days until I’d get a new phone– no calls, texts, or social media. Fortunately, I learned a few valuable lessons along the way.

Once my anxiety began to dissipate I realized how truly happy I was in the moment. As a content creator there’s a constant pressure to be ‘on.’ To produce something. Let’s face it, we’re all living in our own version of The Truman Show. Without a phone I had no choice. My TV show was temporarily canceled. And as a result, I was able to do what really mattered to me: read, relax, and enjoy my boyfriends company by the fireplace. I wasn’t distracted. For the first time in a while I was serenely calm.

There’s beauty when we accept the things that can’t be changed. Once I accepted my situation I appreciated it. I thought back to the countless hours I spent aimlessly scrolling, looking down rather than up, and imagined all the moments I missed. The added little details that make up a life. Rather, I imagined all I might’ve missed if I still had my phone.

As the days rolled on, I reflected on what the iPhone represented. I questioned my need to feel so connected, and cautioned that perhaps I was even addicted to it. The incessant need to be in contact and mindless scrolling, they were acquired behavior that impeded an ability to simply be with my own thoughts. The facade faded away and only the reality remained.

By day five I lost it. I cried, screamed, and all other adjectives associated with childlike tantrums. This was more than a detox, it was a full blown colonic and I lost my sh*t. Then, the replacement phone came and I couldn’t help but pause. Will I go back as though nothing happened? Will I forget the lessons I just learned? I imported everything from the iCloud. No. Not today.

So go ahead, “lose your phone” once in a while.