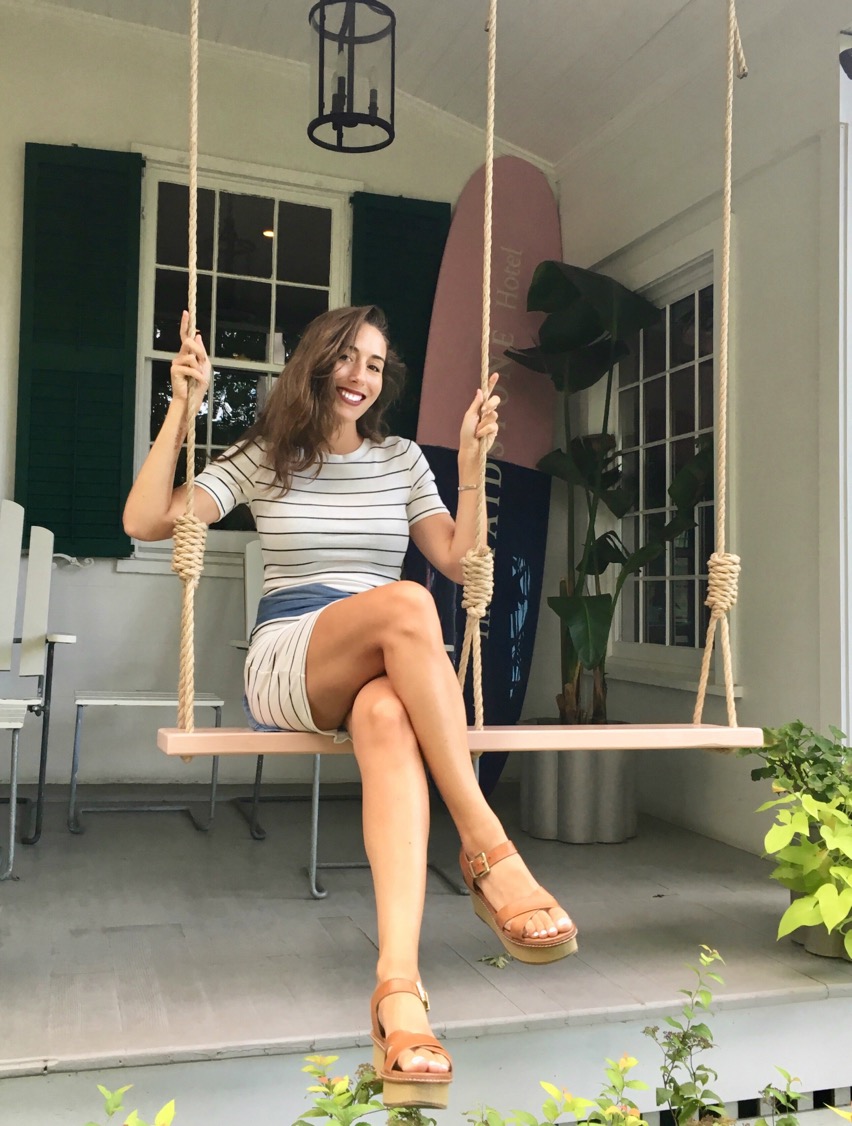 The Maidstone Hotel is a quintessential part of the East Hampton landscape and an undeniable entryway into town. It stands on the north side of the highway, across from the beautiful Town Pond, with its requisite swans and other water birds, the South End Cemetery, and is just steps away from Guild Hall and the rest of town.

Originally built in the late 19th Century by the Osborn family, in the 1920s, the building became a bed and breakfast inn. Fast forward to May 2009, and hotelier Jenny Ljungberg Baker reopened the property. Since then, it underwent renovations in 2010 and again in 2017. Today, “Scandinavian Cozy” is the new concept, a free-spirited Scandinavian decor, combining modern and comfortable, as inspired by Baker’s Swedish-American background.

Walking up the front steps, one immediately notices a two-seater swing set on the porch to the right, a chance for visitors to allow a summer breeze to remove the day’s stress before stepping inside for dinner. A warm fireplace, eclectic artwork, and plush couches tempting relaxation span the darkened warmth of the hotel. I was escorted to a black tufted couch in the corner overlooking the entire restaurant and outdoor area.

Former Executive Chef Ian Lowell Lichtenstein stepped out to welcome us. He once took over the Maidstone Hotel’s kitchen in a fresh, youthful form. Having had my share of local food, it was a happy surprise to see Chef Ian, after indulging in his culinary work in the past. Chef Ian worked at The Surf Lodge and under chefs Sam Talbot and Jeremy Blutstein. Dubbing the menu “innovative American Cuisine,” seasonal dishes are inspired by Chef Ian’s expansive network of Long Island fishermen and farmers, keeping things as locally sourced as possible within a 50-mile radius.

“It’s about subtle innovation while treating the customer to our new classics in seafood, grill, sauces, and the freshest bites on the East End,” Chef Ian noted. “Our goal is to highlight the natural melding of seasonings when preparing a dish.”

Dinner started with an Owners Recipe Seafood Salad, consisting of lobster, crab, shrimp, scallops, and calamari with rehydrated seaweed and wasabi dressing. Other places may drown out the flavor of a good lobster with over-the-top garlic, buttery or otherwise. Chef Ian keeps things simple to retain the flavor of the large marine crustacean. The spread of seafood was served on large pieces of lettuce, perfect for picking up with my hands without the mess.

Local Striped Bass Crudo, that was caught that morning and paired with a Rosé Apertif cocktail, followed. Thinly sliced striped bass served with jalapeño, lime zest, local micro amaranth, and a smoked lemon olive oil offered the subtle kick of the jalapeño, a refreshing twist. The crudo was all that was needed for a light dish between heartier meals.

The Colorado Rack Of Lamb arrived out of the kitchen as the highlight of the evening. Pan Roasted rack of lamb served with a mint chimichurri on the side, not on top, tricolored mashed potatoes, sautéed string beans, and Satur Farms mesclun salad from Cutchogue, was tremendous.

“The potatoes taste like dessert!” my guest announced as we each took a bite of our crunchy, sweet spuds, assuring none would be left over. The lamb came out pinker than I expected but was deceiving in appearance. Upon forking my way through each bite, the lamb wasn’t rare as the color suggested but rather cooked the way lamb should be done. The oil remained on my mouth like a lip gloss, a flavor to savor, as I encouraged Sara to indulge in another bite before our next course.

Handmade in-house Ricotta Gnudi Pasta with blistered cherry tomatoes, dehydrated black olives, basil, pecorino romano, and summer truffle shavings was next. The truffle, being a specific kind, wasn’t as potently fragrant as other truffles but can be added to any dish for $30. Black olives were an unexpected addition but gave the dish a true Mediterranean feel as the gnudi melted in my mouth and burst with soft ricotta. I imaged Sophia Loren at my table with her famous saying, paraphrased here: “Everything you see, I owe to pasta.” In that moment, I embodied her.

Concluding the night were two frothy cappuccinos alongside a plate of chocolate truffles and a glass filled with Triple Chocolate mousse between layers of house-made cake. Both were hard to finish and very filling, especially after a hearty meal. A small taste of each dollop sized chocolate truffle and half of the chocolate glass later, Sara and I were perfectly smitten in a subtly sweet food coma.

As a conscious consumer, I was pleased to hear that The Maidstone partakes in environment friendly practices. It bottles and filters its water on site, steers away from farmed fish, offers no straws at the bar, and scarcely uses single-use plastic, opting for eco-friendly and biodegradable products.

Enjoy all of these culinary delights, and drinks, in one of the 19 individually decorated hotel rooms, restaurant, backyard area, or in The Cozy Lounge. There’s even the option to take one of the bikes offered by the hotel and fill the picnic basket with food to stroll into town or the beach. Four-legged friends are welcomed at The Maidstone, with a doggy menu of their own.

“Jenny and I are offering a high-end, raw seafood-focused menu at the Maidstone Hotel because people want it fresh and local. Signature Swedish meatballs set the Scandinavian tone always. We are pleased to have Chef Ian preparing locally sourced and elegant cuisine in his kitchen. He is a rare find hard-working creative,” said hotelier and filmmaker, Jonathan Baker, who has also created special scent in candles and cologne sold exclusively at the East Hampton institution.

Exiting the property, I took a final moment to digest on the front decks Swedish garden lounge chairs “Crythyttan,” which were designed for the 1930 World Exhibition in Stockholm. 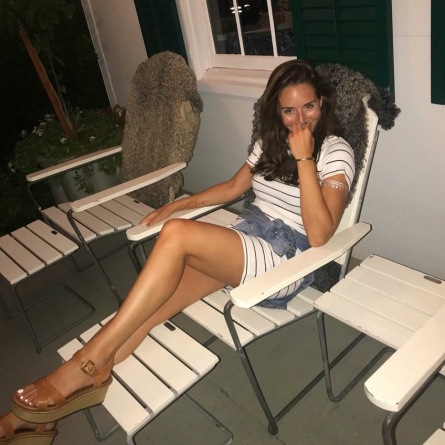