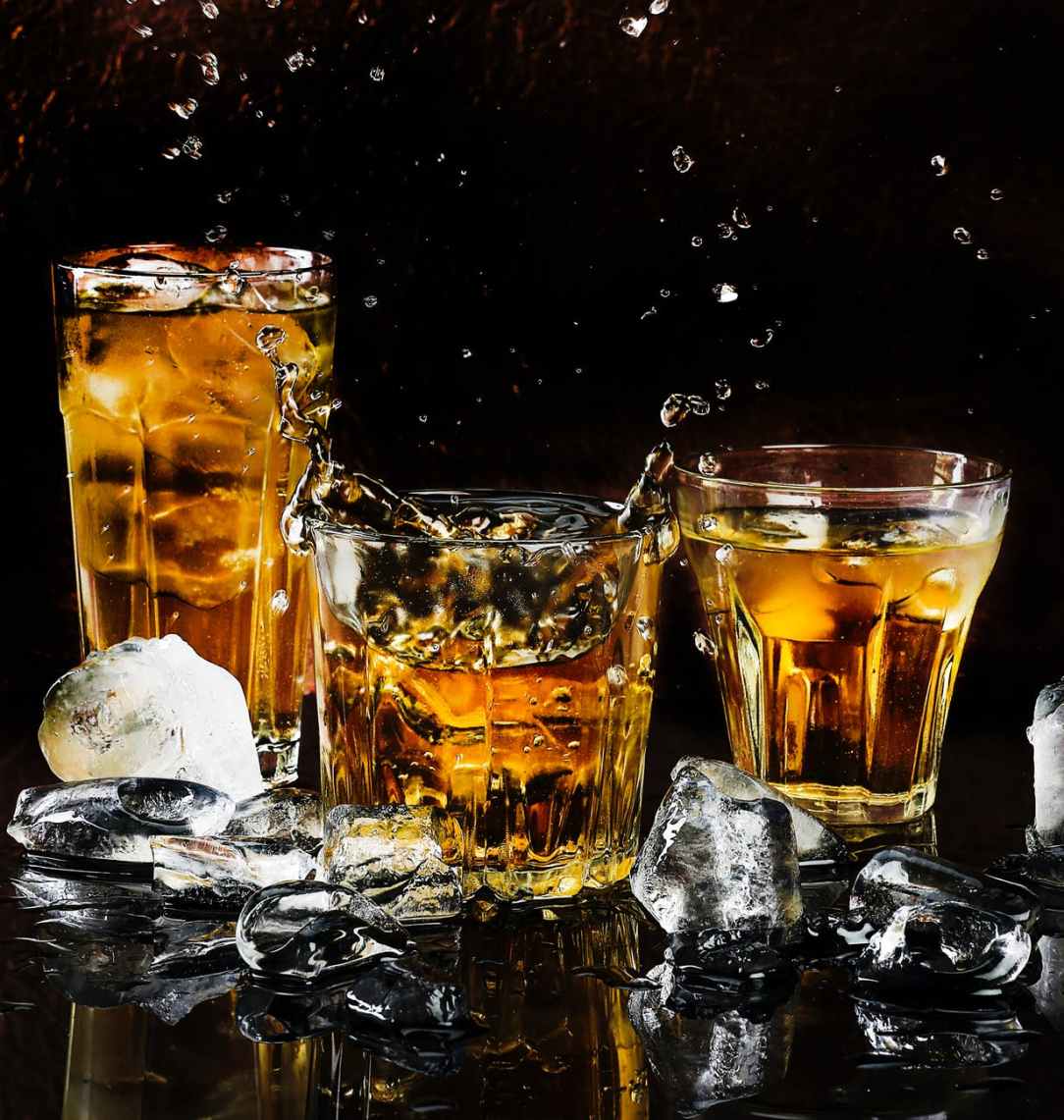 (This article was originally published in the November 15, 2017 issue of The Independent Newspaper as part of my Tipsy Tastes series)

Montauk’s downtown watering hole 668 The Gig Shack has a harder side to it many may not know about — whiskey production. Montauk Hard Label is produced right in the back of the restaurant, where oftentimes in summer you’ll hear customers ordering the flavorful blueberry whiskey over the aluminum-sided bar. Masterminded by Skylar Gardell in 2014, whose family owns the restaurant, with fellow locals Tommy “Chicky” Ciccariello and Mike Demasco, a liquor business began — eventually adding on Tom Loncar, director of sales, and Abby Gawronski, director of marketing.

“Ciccariello is the excitement behind the company, actually he’s the excitement behind life! Every time you see Chicky he’s got the biggest grin on his face,” Gawronski enthusiastically explained. “Mikey Demasco is the Montauk Hard Label researching genius, he’s always out in the field and is also a great face for the company. Skylar Gardell is the creative brain behind the blueberry whiskey. He can sell blueberry whiskey to just about anyone,” she said.

The trio’s love for the liquor and the personality behind such a taste confidently ignited a business. Inspired by Irish whiskey brands, they unleashed an American bourbon-style spirit featuring the shark jaw label created by local artist and jewelry designer Erin Boyle.

Montauk Hard Label has two flavors — the original, made up of 100 percent yellow sweet corn, and blueberry-infused with natural extract. Both are distilled four times. Working with a boutique distillery, the company utilizes existing recipes as a jumping-off point to experiment with its own. Over the tried and true maple or cinnamon flavors, blueberry may come as a shock to some whiskey aficionados.

Ciccariello, who’s been in the food and service industry for over a decade, realized the potential for such a unique flavor and the creative cocktails he could concoct, like the Blueberry Old-Fashioned, made with the label’s blueberry whiskey, bitters, and a sugar cube over ice. And new for the season is the House Mulled Cider with blueberry whiskey to release those warm and fuzzy feelings inside.

As the bitter cold months blanket The End, the business is focused on building brand awareness. “A few weekends ago we attended the 20th annual October Ball at the New York Public Library in NYC. It was incredible to see our whiskey on the shelves and to have some of the elite young entrepreneurs sip on blueberry whiskey. As far as community we love to align ourselves with causes and events of interest. Golf, surfing, dinner parties, winter sports — you invite us, we’ll be there with a bottle of whiskey (or five),” Gawronski noted.

Whether you’re a local or crossing the stretch, as you enter the doors of The Shack and take a seat at a table or bar stool, look out for one of the owners’ friendly faces. Sip or savor, but whatever you do, make sure you “Go Hard.”