Luxurious. Magical. Those are two of the many words that can be used to describe The Garden City Hotel which, on November 17, celebrated winning the AAA Four Diamond Award. Guests enjoyed passed hors d’oeuves along with wine and champagne as they toasted the hotels newly accredited success. A Four Diamond Rating marks the hotel on a listing of less than 6% of the nearly 28,000 AAA properties approved throughout the North American region, including the St. Regis, Waldorf-Astoria, The Carlyle and The Plaza. For Long Island, this is the sole hotel to receive such a distinction as the only full service luxury property.

President of the Fortuna Realty Group, Morris Moinian, purchased the 142 year old hotel in 2012 after the passing of its former owner, Myron Nelkin. A Long Island native, growing up in Great Neck and continuing his education at CW Post University, Moinian comes from a family of real estate developers.

“In the past 8, 9 maybe 10 years I heavily shifted all my [real estate] investments into hotels. The Garden City property came on my way through my outside legal team. We took a tour and the moment I put my foot into the door I said I want to own this. And there you go, I bought it,” he smiles, “It was just one of those opportunities and I’m so happy I did. Unforgettable experience.”

Under Moinian’s ownership the 269 room hotel has seen a $35 million renovation and welcomed J. Grady Colin as the new General Manager of the property. The leadership between Moinian and Colin revitalized The Garden City Hotel to its iconic origins, adding Polo Steakhouse and Lounge, Patio Bar along with an Elizabeth Arden Red Door Spa.

“It’s the most glorious hotel,” Moinian continues. “The same as any other Four Diamond hotel. It pretty much competes with any top hotel in New York City or Beverly Hills.”

The Garden City Hotel is one of several properties owned by Fortuna Realty Group, along with Hotel Hugo in Manhattan, Sugar Bay Resort & Spa in St. Thomas and Mr. C Beverly Hills to name a few.

Emmy Award Winning Actress Susan Lucci, famous for her role in All My Children and currently starring in the Lifetime series Devious Maids, was in attendance at the event. Lucci, a long time Garden City resident, had her first job back in the 1960s as a waitress at The Garden City Hotel, where she met her husband Helmut Huber who was the hotel’s Executive Chef at the time. To her, the award comes as no surprise.

For the hotel staff, the evaluation was unexpected, allowing no time for preparation. Jill Rosenberg from AAA compared the unannounced evaluations to having ones mother stop by. When good ol’ mom shows up without a warning and still thinks the house is in good shape that’s something worth bragging about. It looks like this family is on top of their game!

Sara Fingerman, Marketing and PR Manager, is a native Long Islander from Smithtown and has been with the hotel for 2 years. She is incredibly proud of her team.

“Everything was perfect…Earning this award is a team effort, from the housekeeping staff on up to the general manager to the owner of the hotel. We always strive for the best and it’s a very exciting time for us.”

Having come from publishing prior to her current role, Susan Lucci was one of Fingerman’s first interviews at the Polo Steakhouse.

“From the moment I met her I knew she was a sweet and sincere person. She’s an amazing representation of the hotel considering she has lived here her whole life.”

The Garden City Hotel is an excellent testament to the community on Long Island. Historic to the area, the hotel stands tall after seeing numerous changes and has come back better than ever.

Welcoming guests from all over The Garden City Hotel is located at 45 7th street, Garden City, NY 11750

For daily feed on what I’m up to follow me on Snapchat/Instagram/Facebook: Nikki On The Daily 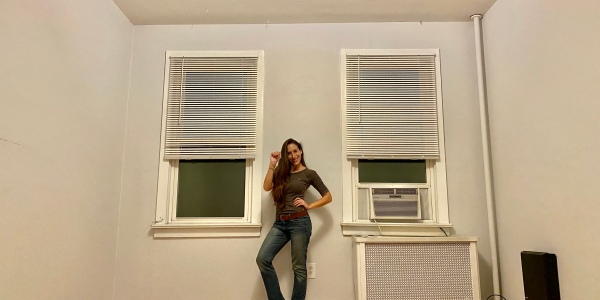